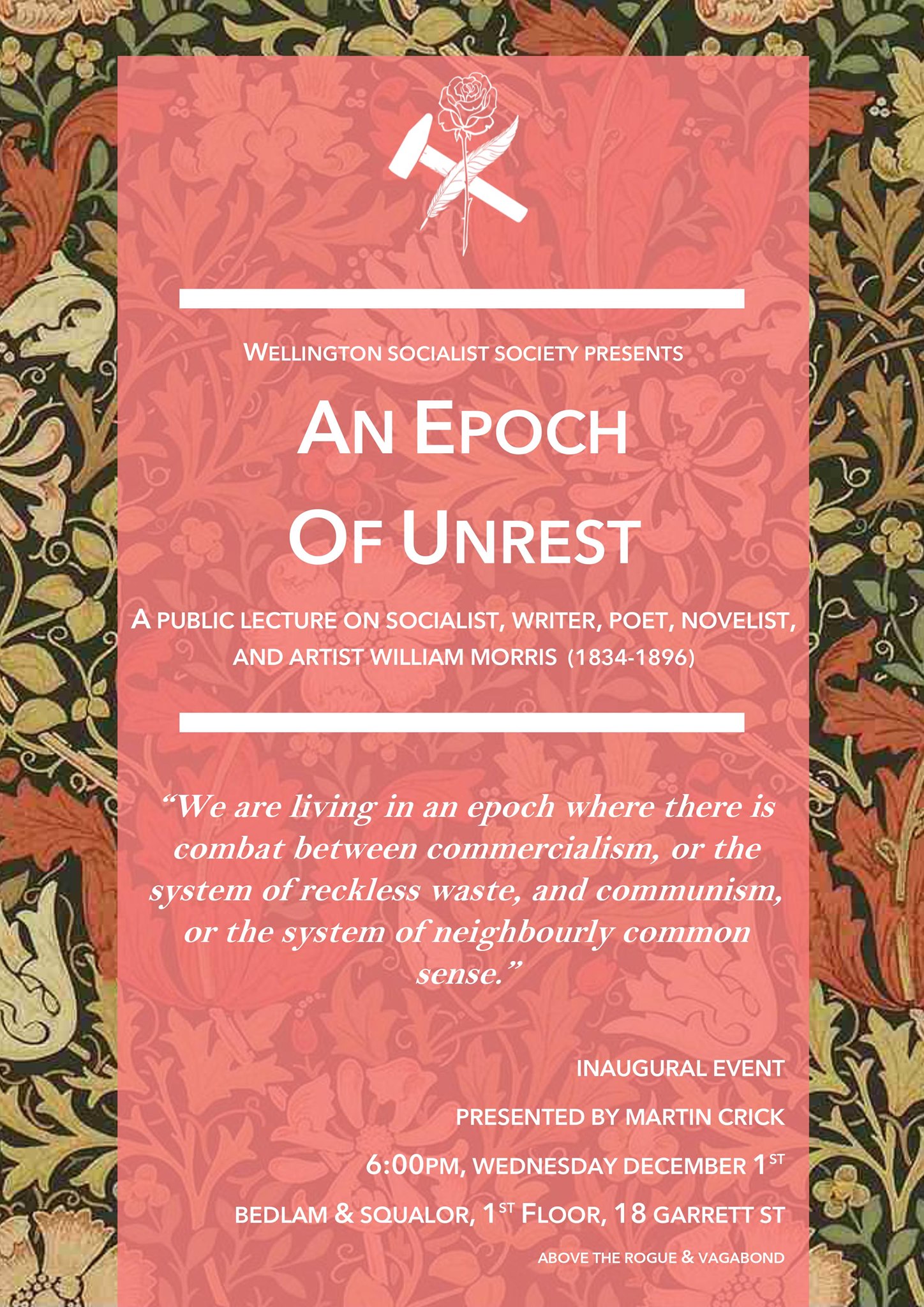 Getting off the ground during these times has proved to be a challenge. Still, with such phenomenal support and solidarity from many members and non-members alike, it was only a matter of asking when, rather than if, we would have our Inaugural event.
To that, we would like to extend an invitation to all to the Wellington Socialist Society’s inaugural public lecture on the 1st of December, held at Bedlam & Squalor. We are very excited to announce that Martin Crick, from our sister organisation Canterbury Socialist Society, will be speaking at our first event, introducing William Morris and his legacy to the keen ears of us folks in the Capital.
William Morris was an English artist, designer, writer and socialist famous for his revolutionary wallpaper and textile designs, fantasy fiction, medievalism and socialism.
Morris was the founder of the Society for the Protection of Ancient Buildings which campaigned against damage inflicted due to architectural restoration. He also founded Socialist League along with the association of Social Democratic Federation (SDF), which revolved around Marxism and the influences of anarchism. William Morris was instrumental in the revival of the textile industry and production methods during the Victorian Era. The William Morris Society was formed to look after his great legacy. Morris actively spoke on issues that evoked motivation, inspiration, individualism, wisdom and imagination.
Martin is a member of the Canterbury Socialist Society and is the author of “The History of the Social-Democratic Federation” (1996) and many articles on British socialist history. Before emigrating to New Zealand, Martin was a trustee and vice-chair for The William Morris Society.
This event is free to the public and members alike.
Food and beverages will be available at the event. The venue is only accessible via a staircase so if you need assistance getting up the stairs please let us know or bring a friend to help.
Details