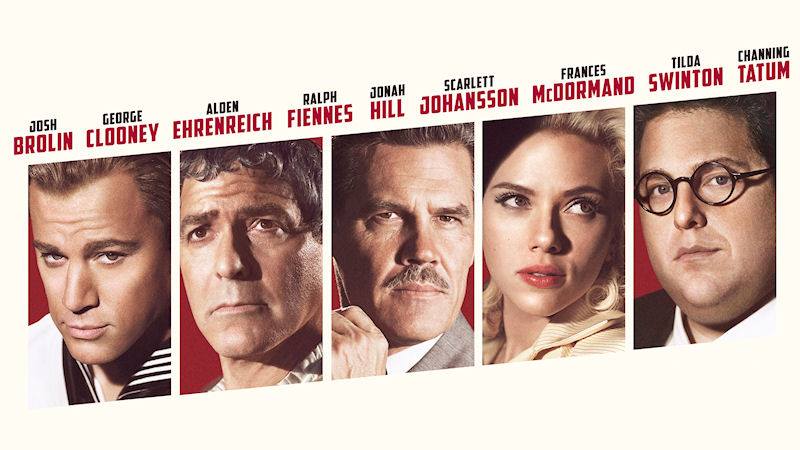 The February event of the Canterbury Socialist Society is a screening of the Coen brothers’ film ‘Hail, Caesar!’. This satire lampoons the history of the studio era of Hollywood, the Hollywood Blacklist, Red Scare, and House of Un-American Activities Committee (HUAC).

During the 1930s, in response to the Great Depression and the rise of Fascism, thousands of people living in America joined the Communist Party of the United States (CPUSA) – some of them Americans and others recent or first-generation émigrés from Europe. After the U.S. allied with the Soviet Union during World War II, many more joined the CPUSA. The Hollywood chapter was populated by many who worked in the studio system, including significant numbers of directors, actors, and screenwriters. The Cold War cast a new light of suspicion on Communists in America, and as public figures, the hundreds of people who were blacklisted in Hollywood are amongst the best known of the thousands of people across America who were unfairly targeted during that period. Teachers, soldiers, government workers, and their families were among those who suffered lost work, bankruptcies, divorces, and suicides.

In the same period the Hollywood studio system was developing into a slick machine, one that sought escapism through shallow and flashy re-tellings of ancient stories and histories, sanitized by the prejudices of the era. The Coen brothers manage to satirise what in truth was a dark period of repression and the curbing of political freedom.

Hayley Roud will introduce the film with some reflections on the period being satirised – the realities of the red scare and Hollywood Blacklist – helping to frame the context of the film today.

As usual this event is All Ages friendly, and free to attend.