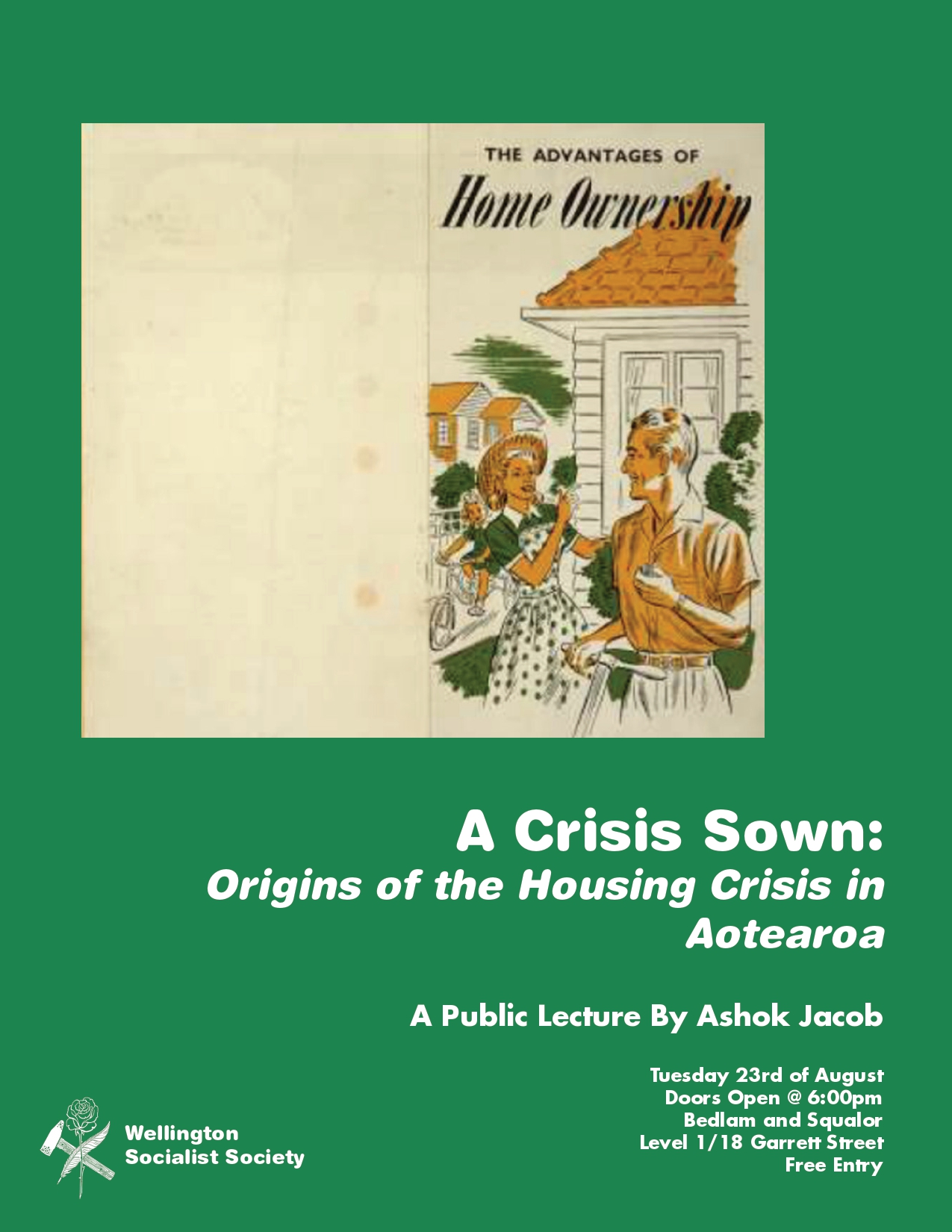 “The landlord demands a rent even for unimproved land, and the supposed interest l or profit upon the expense of improvement is generally an addition to this original rent.
Those improvements, besides, are not always made by the stock of the landlord,but sometimes by that of the tenant. When the lease comes to be renewed, however, the landlord commonly demands the same augmentation of rent as if they had been all made on his own.
”Adam Smith – Wealth of Nations
Ashok is an organiser with the PSA by day and the Policy and Media Coordinator for Renters United by night. Raised in a middle-class immigrant family, was baptised by fire into class society by Te Aro Tenancies.
Ashok will be speaking on how we got to where we are today, why the housing crisis is less a generational battle but a question at the core of the class conflict, and why the kiwi dream became a nightmare.
This event is free and open to the public. Doors open at 6 pm and the talk will begin at 6:30 pm.
Details