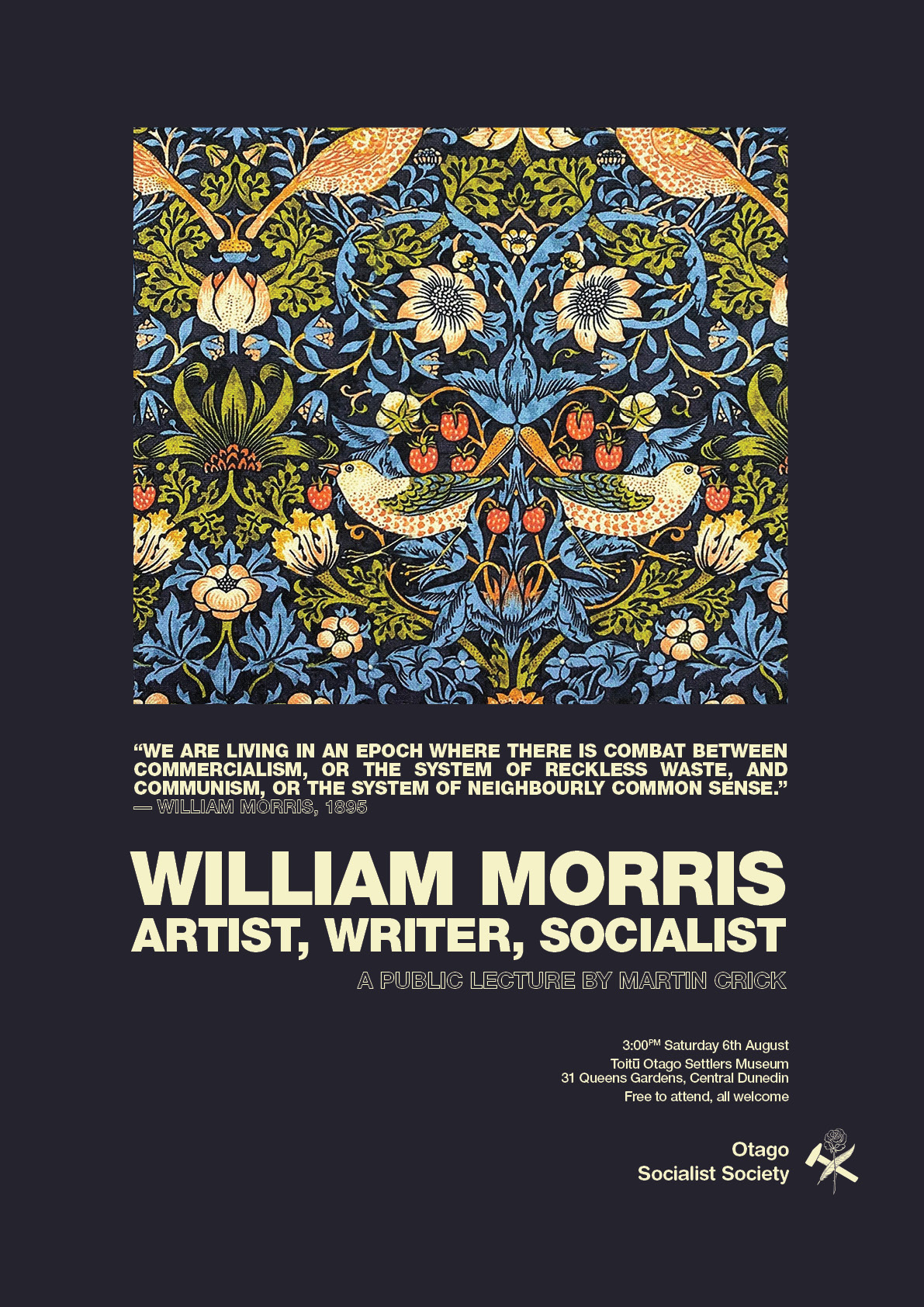 “Have nothing in your house that you do not know to be useful, or believe to be beautiful.”
-William Morris
William Morris was an artist, textile designer, craftsman, poet, novelist, and pioneering socialist. His fiction helped establish fantasy as a genre, his artistic endeavours were an enormous contribution to the British “Arts and Crafts Movement”, and his political thought varied from grand revolutionary flair through to a deep concern with the day to day aspects of what a decent life for all would mean.
Martin Crick is a lifelong socialist and admirer of William Morris, a historian, and the author of “The History of the Social-Democratic Federation” (1996), as well as many articles on British socialist history. Before emigrating to New Zealand Martin was a trustee and vice-chair for The William Morris Society in the UK. Aside from socialist politics Martin’s main passion has been an ongoing love affair with Rugby League. He currently serves on the executive committee of the Canterbury Socialist Society and as editor for the Federation of Socialist Society’s publication The Commonweal.
Martin’s lecture will provide a brief sketch of Morris’ career as an artist, writer and business man, his revolt against the capitalist system and how he crossed his ‘river of fire’ to become a socialist. This will be followed by an account of his socialist theory and its ever increasing relevance today, particularly his ecological writings and theories of work.
Otago Socialist Society is the local affiliate of the NZ Federation of Socialist Societies and welcomes you to our public re-launch lecture. No prior knowledge necessary, all welcome.
Details