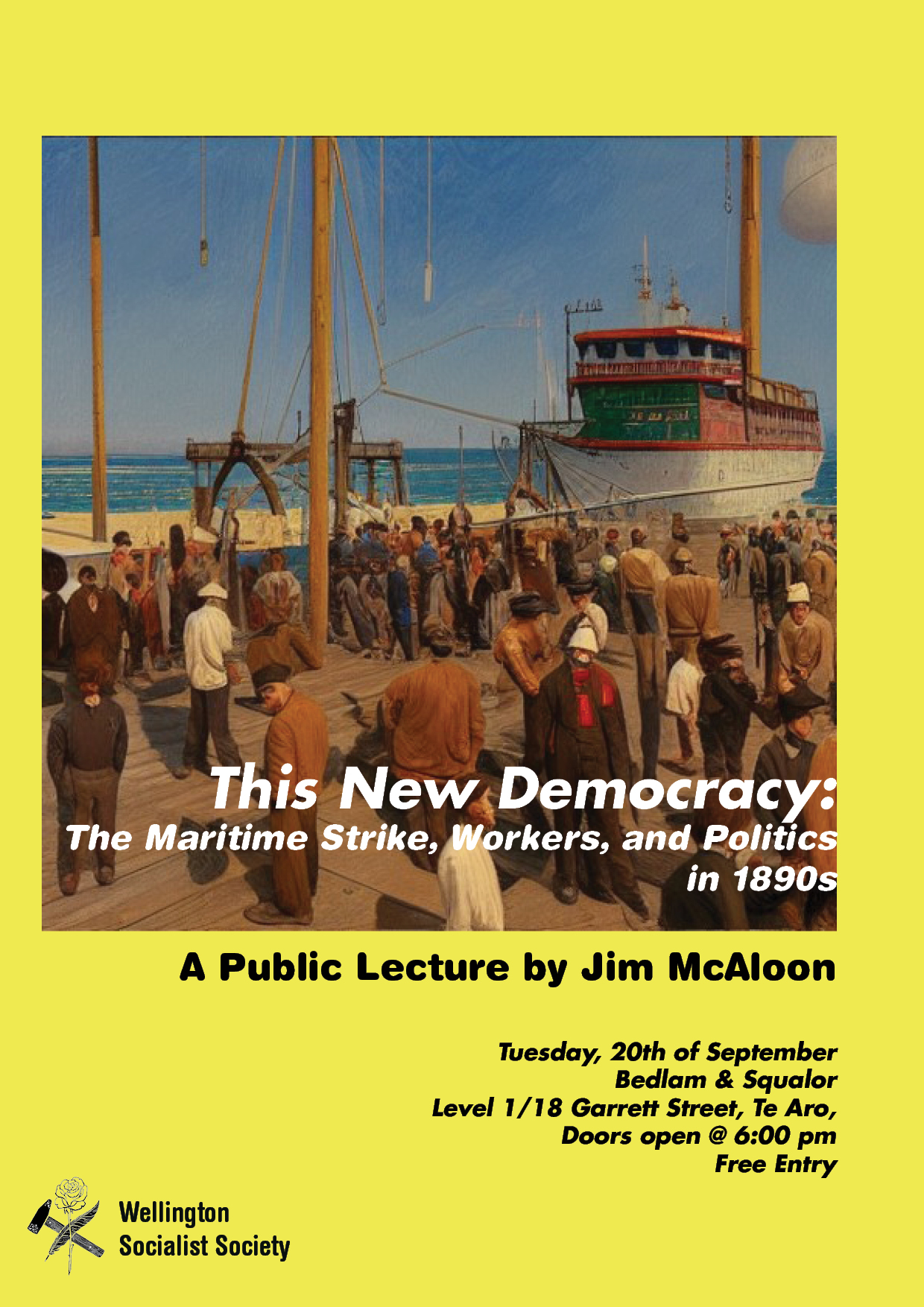 Kia ora, neighbours.
We are back for our monthly public talk at the regular haunt, Bedlam & Squalor.
$2 Taco’s night starts at Rogue and Vagabon from 5:00 pm – Doors open at Bedlam from 6:00 pm – Talk begins at 6:30 pm.
This month we are hosting Jim McAloon who will be speaking on the topic of the Maritime Strike, Workers and Politics in the 1890’s. In a time of deepening instability globally, it is becoming increasingly more important for everyday people to recover the knowledge of working-class struggle from our past if only to serve as a reminder to us in the present that people, no matter the conditions, have always resisted the concentration of power and wealth. If we have done it before, we are capable of doing it again.
The Maritime Strike of 1890 affected thousands of workers on both sides of the Tasman. It is remembered as a defeat and as a prelude to the reforming Liberal government, elected in New Zealand at the end of that year. There was much more to working-class and progressive mobilisations than the Maritime Strike, however, and in this talk Jim McAloon will look at some of those other dimensions of working-class industrial and political mobilisation.
Jim McAloon is a professor of history at Te Herenga Waka Victoria University of Wellington and has researched in labour history off and on since the mid 1980s. In 2016 he and Peter Franks co-authored Labour: The New Zealand Labour Party 1916-2016 (Victoria University Press).
Details