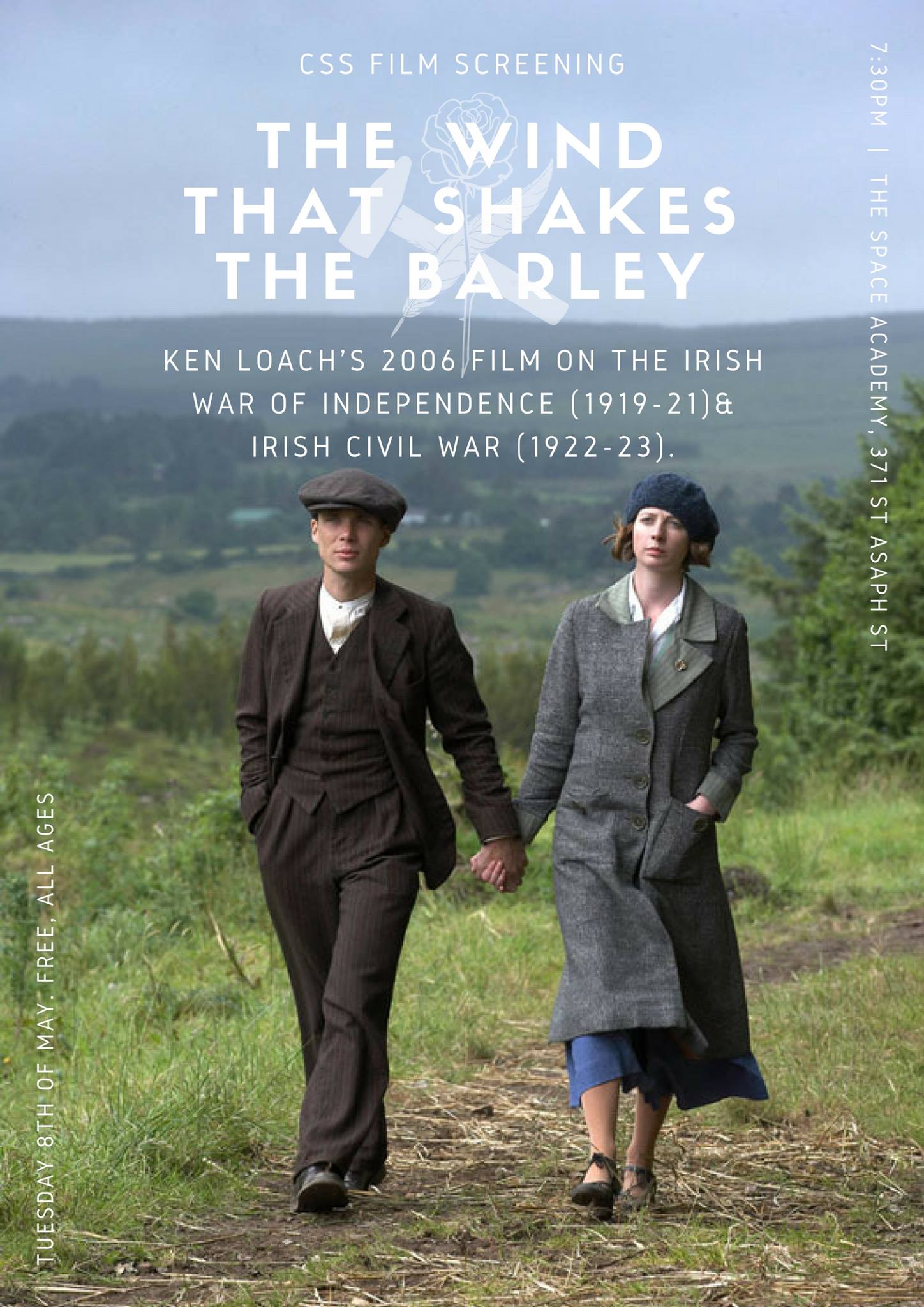 “If you remove the English army tomorrow and hoist the green flag over Dublin Castle, unless you set about the organization of the Socialist Republic your efforts would be in vain. England would still rule you. She would rule you through her capitalists, through her landlords, through her financiers, through the whole array of commercial and individualist institutions she has planted in this country and watered with the tears of our mothers and the blood of our martyrs.”
-James Connolly, 1897

Ken Loach’s 2006 film is a fictional story set during the Irish War of Independence & Irish Civil War of two brothers who join the Irish Republican Army to fight for independence from the United Kingdom.

Discussing the purpose of the film, Loach explains that “Every time a colony wants independence, the questions on the agenda are: a) how do you get the imperialists out, and b) what kind of society do you build? There are usually the bourgeois nationalists who say, ‘Let’s just change the flag and keep everything as it was.’ Then there are the revolutionaries who say, ‘Let’s change the property laws.’ It’s always a critical moment.”.

The film will have a brief introduction from a member of the Canterbury Socialist Society to help with a bit of contextualisation.