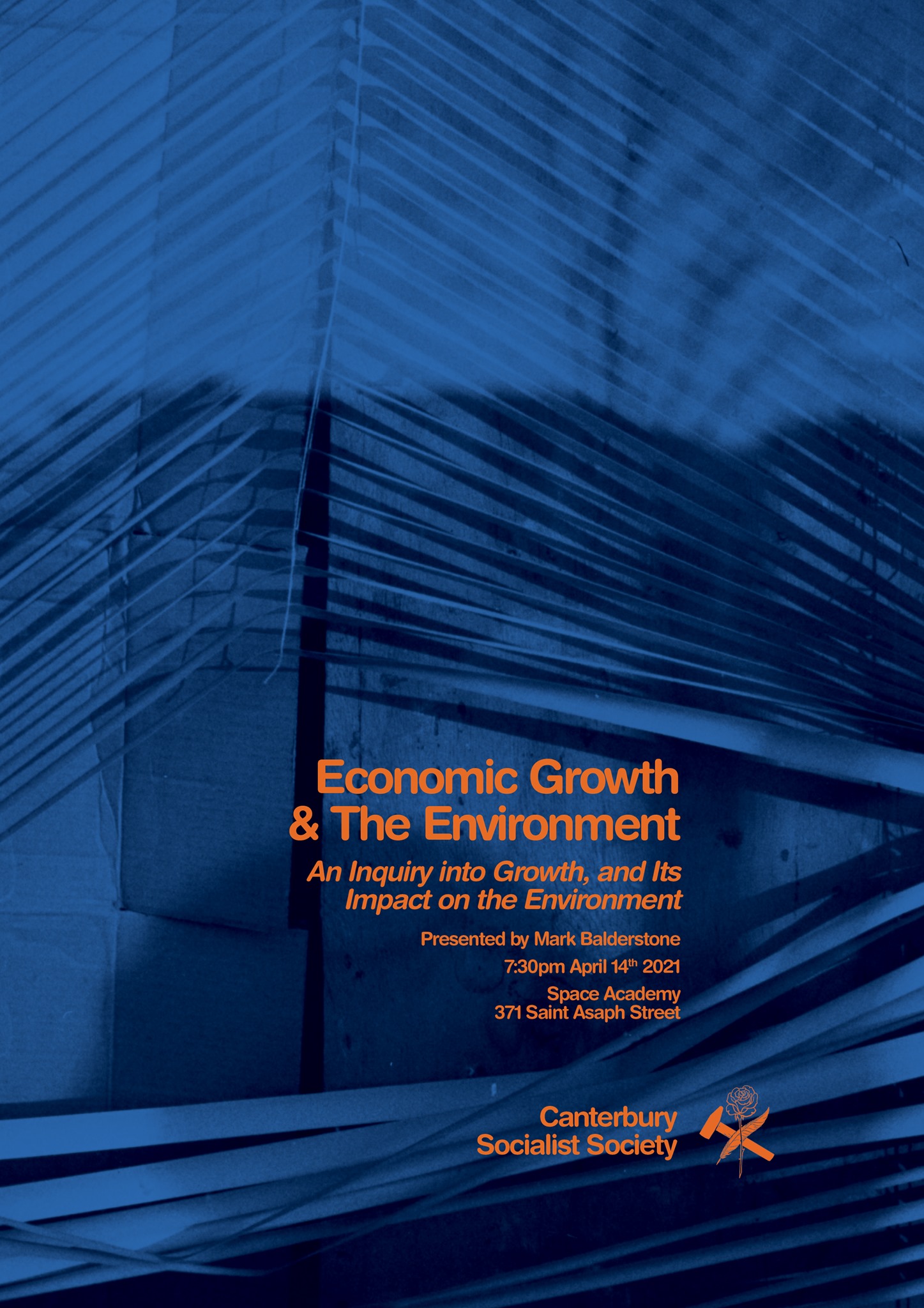 “Let us not, however, flatter ourselves overmuch on account of our human victories over nature. For each such victory nature takes its revenge on us. Each victory, it is true, in the first place brings about the results we expected, but in the second and third places it has quite different, unforeseen effects which only too often cancel the first.
[…]
Thus at every step we are reminded that we by no means rule over nature like a conqueror over a foreign people, like someone standing outside nature — but that we, with flesh, blood and brain, belong to nature, and exist in its midst, and that all our mastery of it consists in the fact that we have the advantage over all other creatures of being able to learn its laws and apply them correctly.”
— Friedrich Engels, The Part Played by Labor in the Transition from Ape to Man
As a continuation of our lectures on economics, Mark Balderstone will be presenting a talk on Economic Growth and the Environment. Economic growth is an often mentioned but rarely discussed concept in mainstream political discourse. Mark will unpack what it is, and why you should care. From this, the nature of growth and how it plays a fundamental part in the machinations of a capitalist economy, and how without growth, capitalism would likely collapse. However, this exposes a fundamental contradiction in the promise of environmental management under a capitalist system; infinite growth versus an ecosystem with finite resources.
As always our events are free to attend and all are welcome.
Details