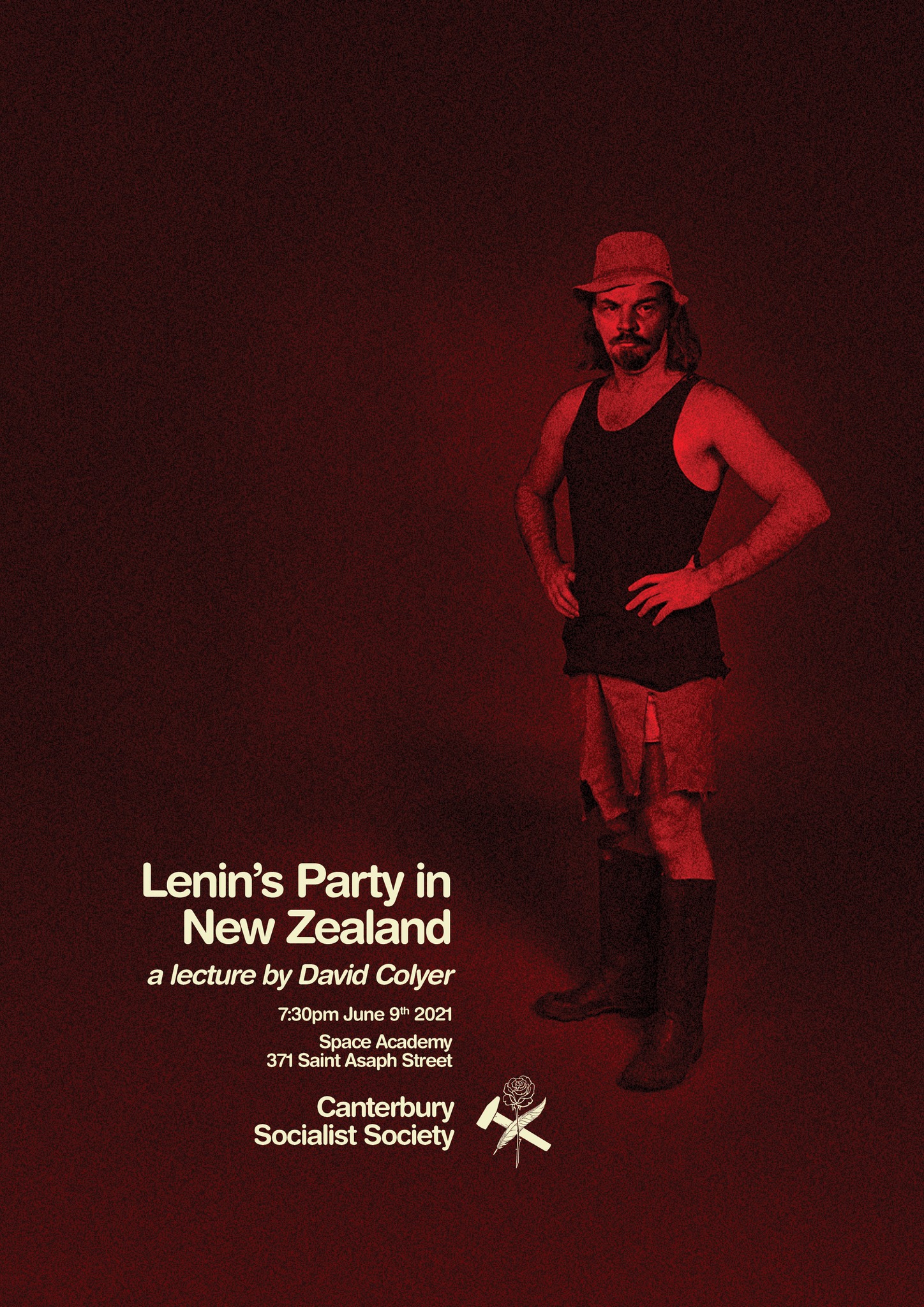 “A country of inveterate, backwoods, thick-headed, egotistical philistines, who have brought their “civilisation” with them from England and keep it to themselves like a dog in a manger.”
– Lenin’s assessment on New Zealand having read one book of its short history in the early 1900s.
For our June 2021 event David Colyer will present on the history of Leninism in New Zealand. This year marks 100 years since the founding of the Communist Party of New Zealand, which largely found its roots in the earlier socialist groups that had not been absorbed into the NZ Socialist Party and later the Labour Party.
Through periods of significant state repression, shifting allegiances with various geopolitical powers (from the USSR to China to Albania), and various splits, the CPNZ can be traced to Socialist Worker of which David was a member at the time of its dissolution in 2012.
As usual our events are free to attend and all are welcome.
Details