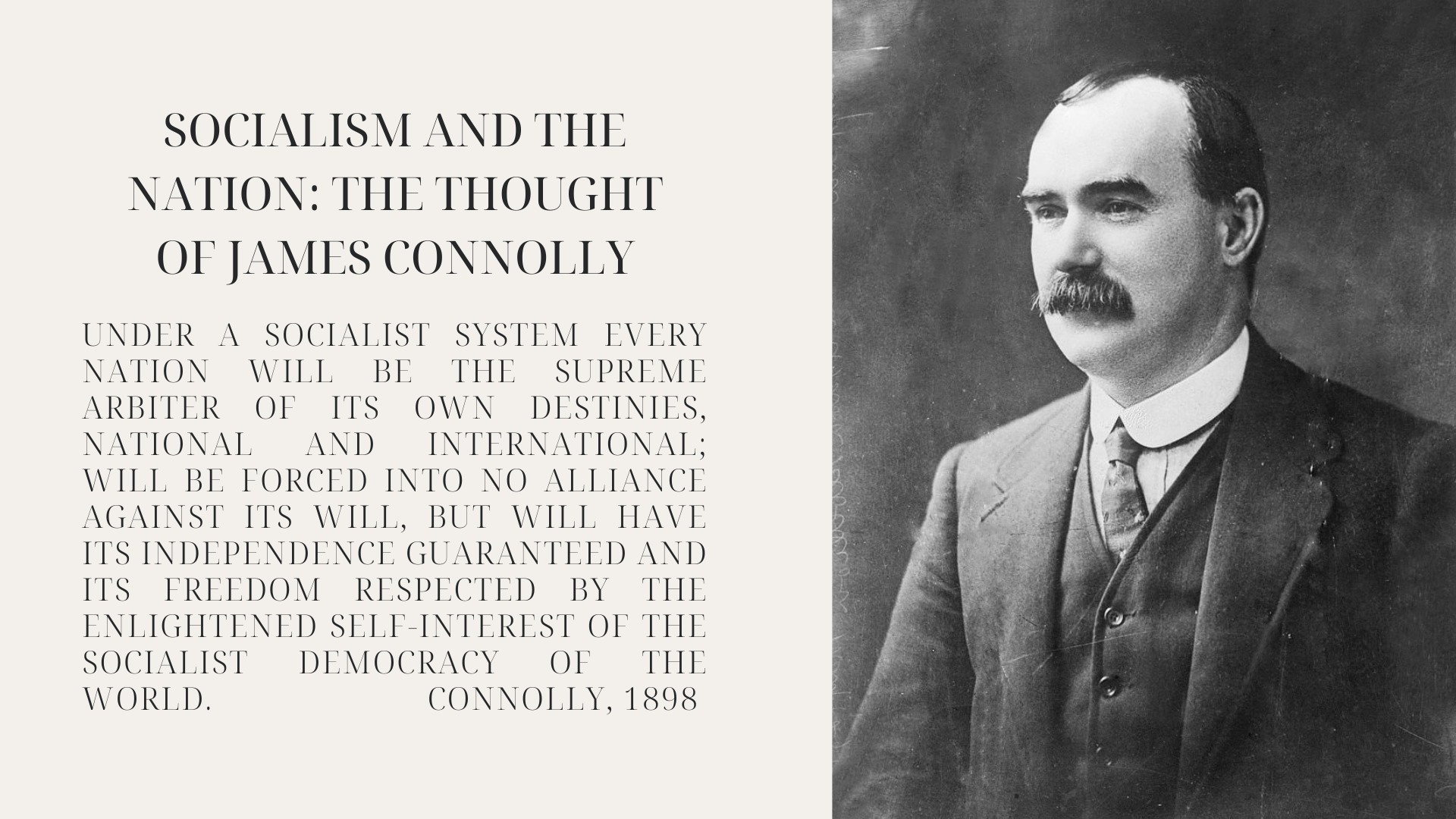 “If you remove the English army tomorrow and hoist the green flag over Dublin Castle, unless you set about the organization of the Socialist Republic your efforts would be in vain. England would still rule you. She would rule you through her capitalists, through her landlords, through her financiers, through the whole array of commercial and individualist institutions she has planted in this country and watered with the tears of our mothers and the blood of our martyrs.”
-Connolly, 1897
James Connolly was executed by a British firing squad on 12 May 1916 for his role in organising the Easter Rising against British rule in Ireland. Connolly was one of the foremost socialist agitators of his day, and he is one of the most well-known, most revered, but also most misrepresented or misunderstood characters in Irish history.
Two ballads dedicated to his name help to explain the difficulty in assessing his life and his achievements. In one he is ‘the brave son of Ireland’, the rebel wrapped in a green flag, in the other he is ‘the hero of the working man’, marching under the red flag.
To many these are two contradictory worlds. Connolly understood this himself, telling his wife Lily on the eve of his execution that his fellow socialists would ‘never understand why I am here.’ In this survey of Connolly’s life I aim to offer some explanation of why James Connolly, revolutionary international socialist, decided to fight alongside nationalist rebels against the might of the British Empire.
Our August 2022 public lecture will be presented by Martin Crick. Martin is an historian, rugby league fanatic, and serves on the executive committee of the Canterbury Socialist Society. He is also editor of the Federation of Socialist Societies’ periodical ‘The Commonweal’.
Free, all welcome to attend, and no prior knowledge is necessary. Doors from 6.30pm for a 7.00pm start.
Details