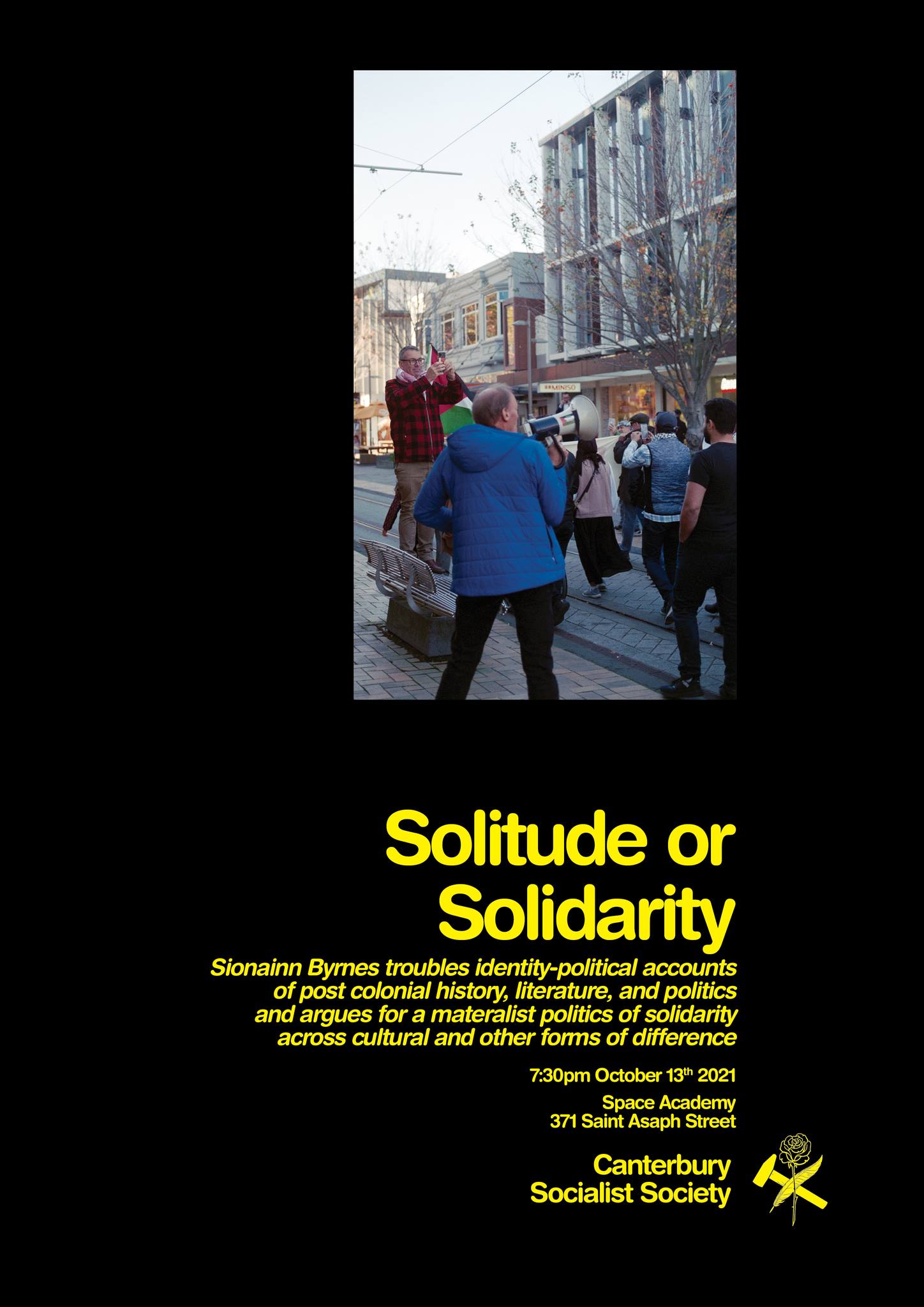 “The day we can’t get our hands on the ballot boxes before the vote is counted we’re done for,’ Trueba argued. ‘The Marxists haven’t won by popular vote anywhere in the world,’ his confreres replied. ‘At the very least it takes a revolution, and that kind of thing doesn’t happen in this country.’ ‘Until it happens!’ Trueba answered furiously. ‘Relax, hombre. We’re not going to let that happen,’ they consoled him. ‘Marxism doesn’t stand a chance in Latin America. Don’t you know it doesn’t allow for the magical side of things? It’s an atheistic, practical, functional, doctrine. There’s no way it can succeed here!”
-Isabel Allende, The House of the Spirits.
For our October 2021 event Sionainn Byrnes will draw on her PhD dissertation, providing a materialist critique of postcolonial studies. Sionainn’s research explores this political/philosophical contradiction and tension in the context of magical realist fiction, but will build more broadly to provide commentary and contrasting universalist and materialist politics (such as marxism) and post-colonialism which tends to emphasise difference.
A play on the title of the landmark novel “1000 Years of Solitude” by Gabriel Garcia Márquez, this lecture challenges identitarian and post-colonial forms of politics as often designed to separate rather than unite. Where socialism at its best articulates a universal human project of emancipation built on solidarity, these sometimes complimentary but often competing forms of political analysis can be a path where literature, culture more generally, identity, and the enormous weight of the history of different peoples leads to solitude or even solipsism.
Sionainn has a doctorate in literature from the University of Canterbury, is a member of the Canterbury Socialist Society, a proud East Christchurch resident, and makes a killer potato gratin.
No prior knowledge necessary! All welcome.
Doors from 7pm with the lecture beginning at 7.30pm.
Details