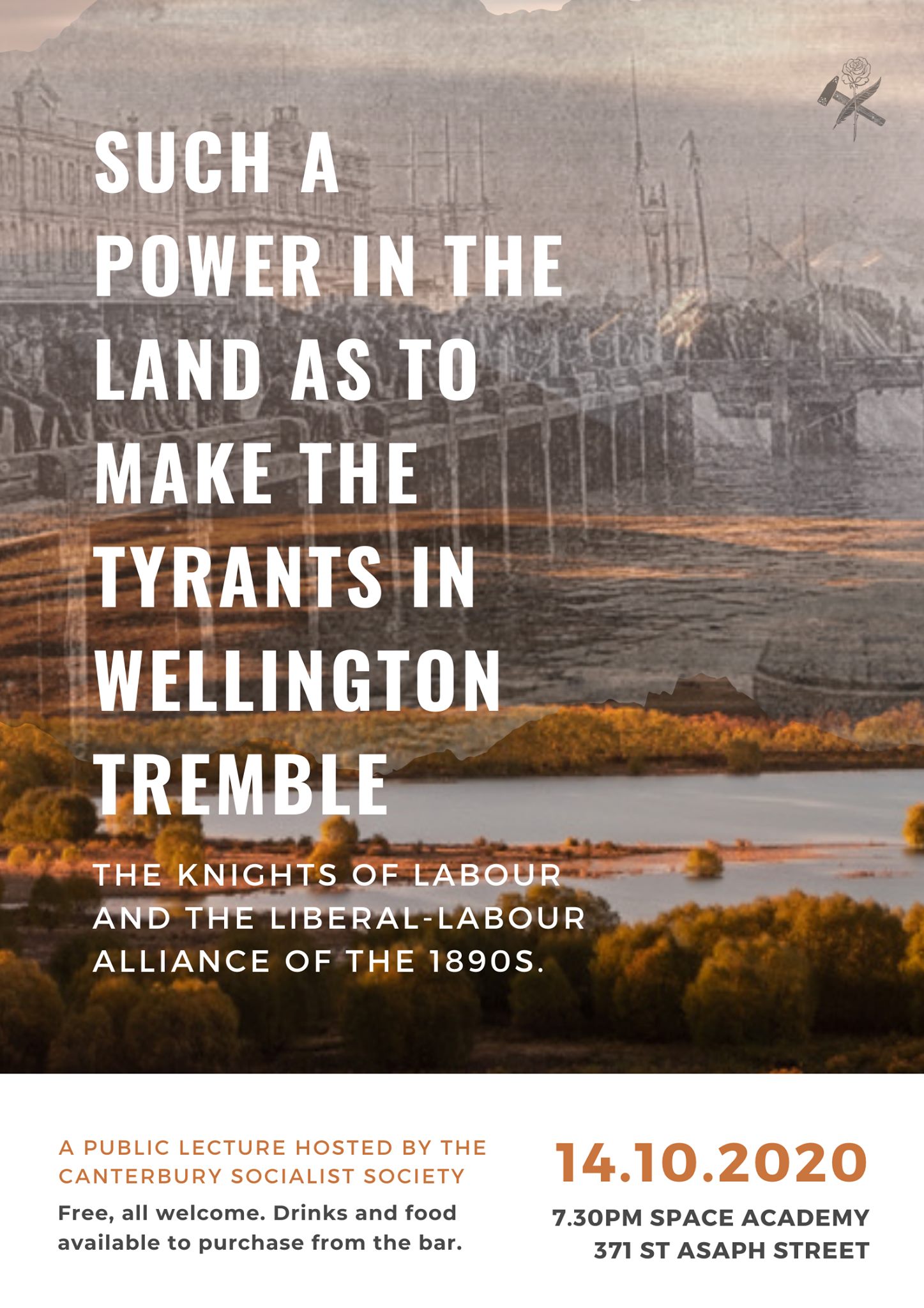 For our October event, CSS member David Colyer will present a lecture on some of the earliest aspects of the workers’ movement in New Zealand.
In the late 1880s a new wave of radicalism swept the industrial world. Millions of workers joined new trade unions, socialist political parties, and the Knights of Labour, which was something in-between the two.
New Zealand was no exception, new unions spread, including women for the first time, strikes, boycotts and protests improved pay and conditions, the first union federation was founded, and the first Labour Day parades and picnics celebrated.
Then bitter Maritime Strike halted trade unionism’s advance, and working class radicals turned to politics and an alliance with the Liberal Party.
Christchurch radicals played a central role in all these developments. Perhaps for a time, as the 1889 declaration of the Christchurch Knight of Labour branch declared, they did make the ‘tyrants in Wellington tremble’.
Drinks and food will be available to order from the bar. As always we are thankful to Space Academy for hosting us.
Details