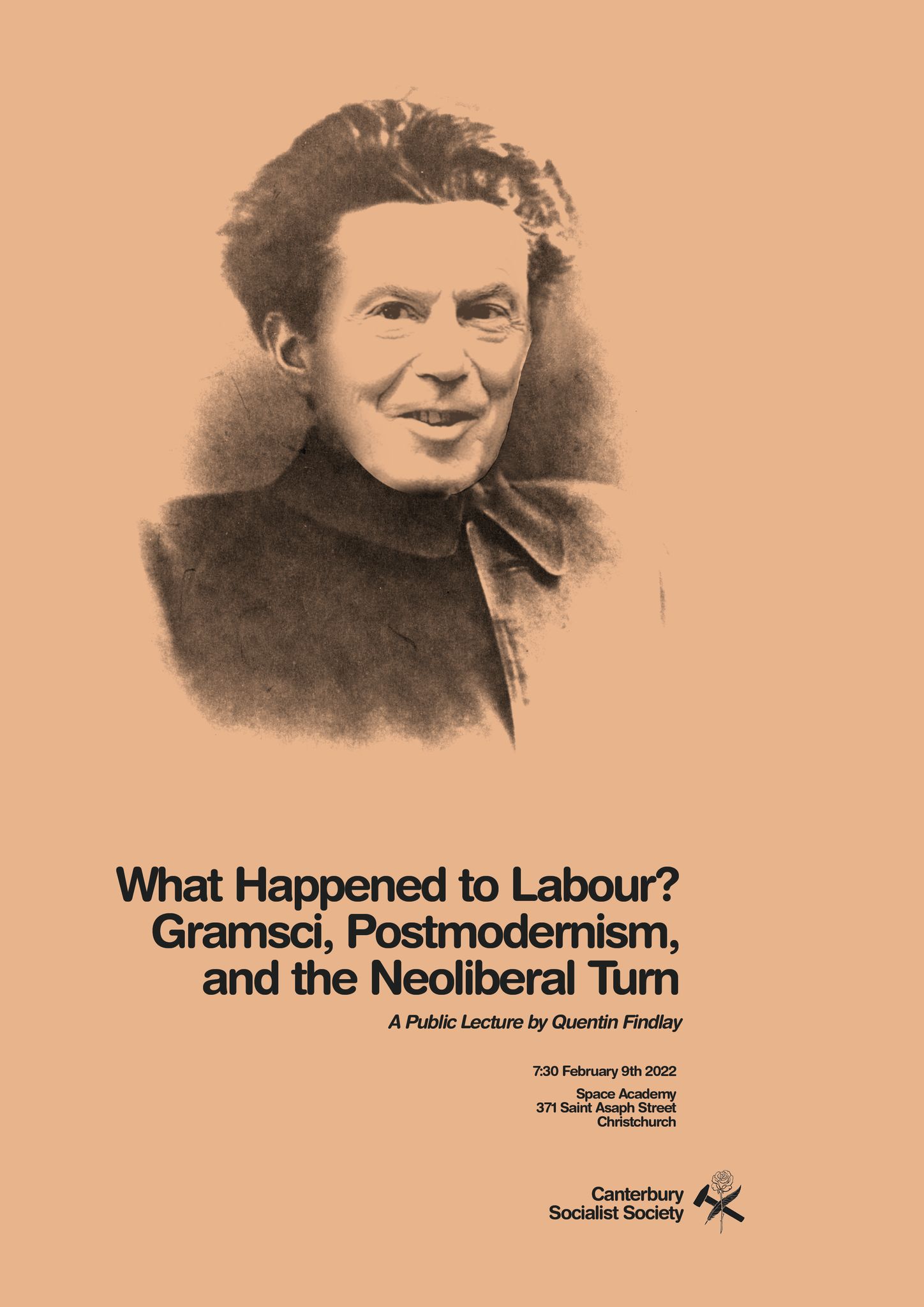 “The common-sense notion that ‘There is a time and place for everything’ gets carried into a set of prescriptions which replicate the social order by assigning social meanings to spaces and times.”
-David Harvey, The Condition of Post Modernity
For our first public lecture of 2022 we welcome Quentin Findlay to present on the rise of New Right in New Zealand and the philosophical underpinnings that were influential at the time. “Rogernomics”, as first adopted by the Labour Party, was based on monetarist approaches, corporatisation and privatisation of government departments and functions, the removal of tariffs and subsidies previously used to intervene in the economy, and the steady elimination of much of the post-war “Keynesian” consensus that had reigned across the West.
Perhaps controversially, Quentin will draw on his Masters thesis that these changes and the corresponding degeneration and fracturing of the Labour Party can find some of their justification in post-modern philosophical and social theory, and even in oft cited darling of many socialists: Antonio Gramsci.
Quentin is a trade unionist and recently earned a PhD from Lincoln University on the topic of the socialist influence on the early New Zealand Labour Party, and the interaction of ideology with the formation of policy between 1916 and 1935.
All welcome to attend. As always our events are free, no prior knowledge necessary. Doors from 7pm for a 7.30pm start.
Please note that we are likely to remain in Covid alert level Red. Please adhere to these restrictions to help the crew at Space Academy have a better time of it.
Details