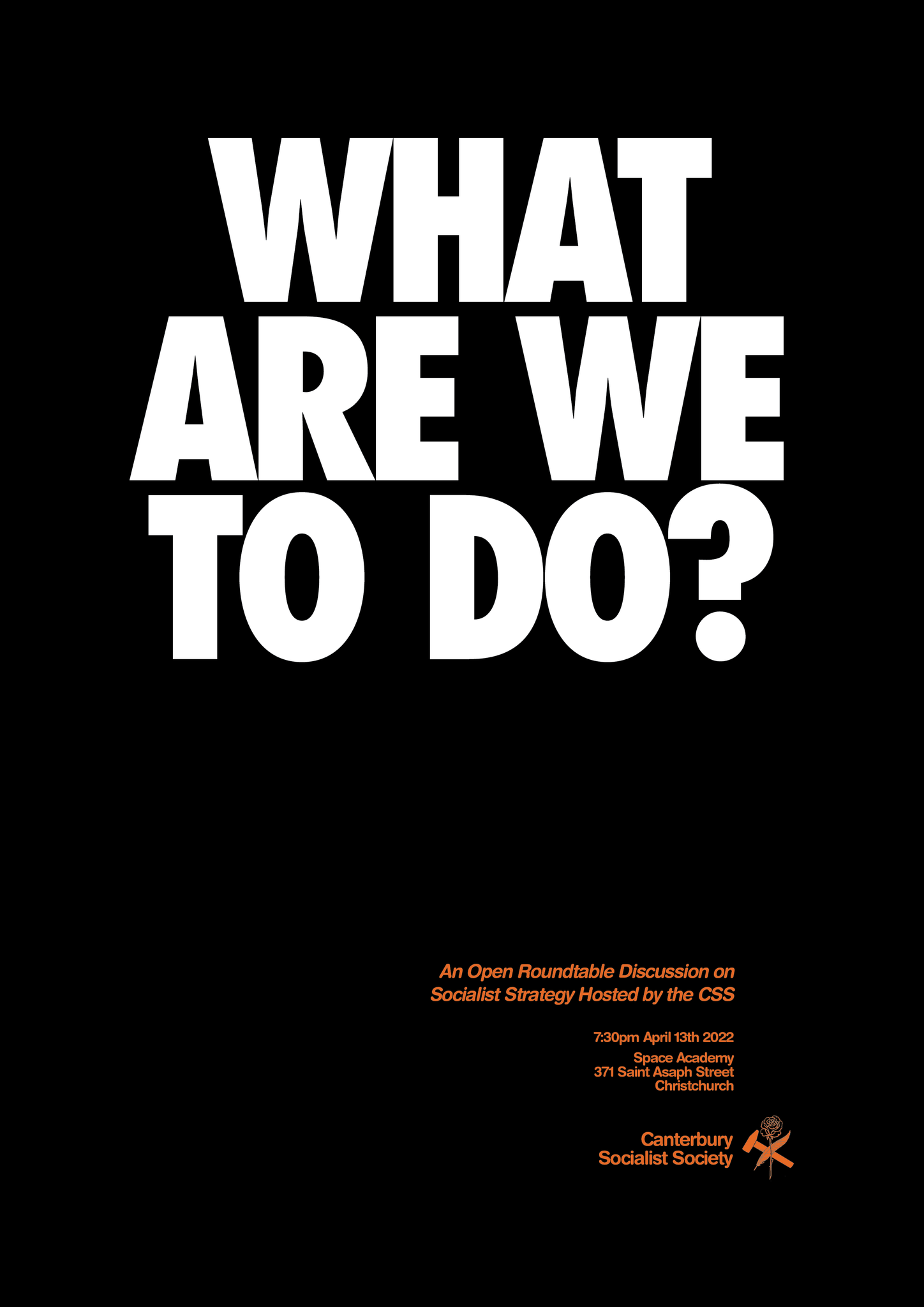 “…we need something far more vulgar, far more dangerous and far more banal at the same time: a political party, for such an organisation for the international organisation of the working class in this farmyard presupposes something that can contest power where it apparently resides. This is, unfortunately, the House of Parliament where ugly and infinitely vulgar MPs’s fat arses are arraigned for hours on end, in disgusting and antiquated rituals of formal ‘debate’. But all the same, their debates become Law. The capitalist class is not uninterested in the power of this institution. In fact it invests enormous amounts into it through its parties and members. ‘How embarrassing!’ Says the anti-Parliamentary socialist of today. ‘For the real power resides in ad hoc and ideologically confused anti-fascist rallies at the steps of Parliament, that climax in a nice political speech against racism from the Greens!’”
A provocation, but a timely one, our event for April 2022 is a chaired discussion hosted by the Canterbury Socialist Society. Avoiding the cliché passive voice of “What is to be done?”, we are asking “What are we to do?”. The 21st century seems to have arrived, mainstream economists are talking about ‘slowbalization’ rather than their triumphalist globalization and ‘just in time’ supply chains. Social, ecological, and economic crises loom on the horizon.
In this context, how much of the traditional slogans and attitudes of our movement remain useful? Are these useful guides from centuries of struggle, or bromides and catechisms taken as articles of faith but no longer attempted to be ‘proven’ right or wrong?
All are welcome to attend, and CSS will chair the discussion to enable all who want to contribute to do so.
Doors from 7pm to start at 7.30.
Details